Home » One of the best oils made from waste – Rice bran Oil!

One of the best oils made from waste – Rice bran Oil! 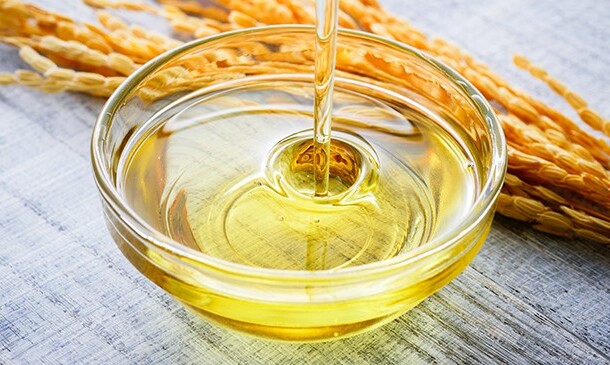 Someone once said “India does not know its own potential’. Rice Bran Oils is a case in point. Inspite of being one of the largest producer of Rice in the world Indians hardly knew of the vast potential and health benefits of Rice Bran Oil. It took a Company, like Adani Wilmar to carry a media blitz in educating the Indian consumer of the advantages of the Rice Bran Oil.

What is Rice Bran Oil?

India is the second largest producer of Rice in the world. Our current production is in excess of 100 Million Tons. In India Paddy occupies the first place among all crops both in Area and Production. The crop occupies about 37% of the total cropped area and 44% of total production of food grains in India. West Bengal has the highest area under Rice Cultivation followed by AP. Punjab with a much smaller area under Rice has the highest yield. The potential availability of the Rice Bran and Rice Bran Oil in our country is as below.

Rice bran oil is known as the healthiest oil on the world. It contains vitamins, antioxidants, nutrients and is trans fat free. It can help lower cholesterol, fight blood diseases and enhance the immune system.

Rice Bran oil can be used to fry, sauté salad dressing, baking and wherever we use cooking oil. Rice bran oil has best balance of saturated, monounsaturated, and polyunsaturated fat as recommended by the World Health Organization.

Rice bran oil has a very high smoke (burn) point, making it perfect for deep frying, pan or stir frying and is a premium choice for the replacement of hydrogenated oil containing trans fat now being used in deep fryers.

RBO unsaponifiable fraction is rich in vitamin E complex, tocopherols and tocotrienols, a unique antioxidant known as gamma oryzanol, high quantities of phytosterols, polyphenols and squalene. RBO has a very good shelf life compared to other cooking oils because of these antioxidants. These compounds are nutritionally very valuable and it has been shown to be responsible for the hypocholesterolemic effect. Hence, RBO not only has a good fatty acid profile, but also is a rich source of antioxidants and micronutrients.

I am sure the momentum being generated in our country by sustained media campaign would go a long way in dissemination of health benefits of Rice Bran Oil to Indians.This would not only help us in fully exploiting the potential of RBO but would also go a long way in conserving precious foreign exchange by import substitution.